Due to his audacious counterfeit works in the 1980s and early 1990s, fashion designer Dapper Dan has been dubbed a natural born hustler and a fashion criminal.

Dapper Dan comes back with more swagger than ever twenty-five years later, showing to everyone that a second shot at success is never too late.

DAPPER DAN: WHO IS HE?

Dapper Dan is an American fashion designer, tailor, and businessman known to be the “king of knock-offs” and bringing Harlem into the fashion spotlight as he combines elegance and swagger in his designs.

He is also known for his rags to riches then rags and riches again life story.

Dapper Dan was born and reared in the Harlem neighborhood of New York City. On the 8th of August 1944, he was born. Dapper Dan recalls seeing horses and buggies in the streets of Manhattan following World War II.

He sees his life as difficult since he grew up impoverished and had to acquire survival skills at a young age. In his memoir, “Made in Harlem”, he shares that he had to learn how to steal and became a gambler by the time he was 13 years old. He says, “I was born at the bottom so anything I get is a blessing.”

SIBLINGS AND PARENTS OF DAPPER DAN

Robert, Dapper Dan’s father, was a civil servant, and Lily, his mother, was a stay-at-home mom. With his three brothers and sisters, he grew up in Harlem.

Dapper Dan dropped out of school and became involved with shoplifting and gang activities, according to Business of Fashion. He made a journey to Africa while enrolled in a Columbia University-sponsored education program, and returned with a renewed interest in fashion.

HOW DID DAPPER DAN GET HIS START IN THE WORLD OF FASHION?

He recounts his days as a hustler and drug dealer in his biography “Made in Harlem.” He saw clothes as a means out of the harsh and difficult Harlem existence at the time. “Nothing transforms a person quicker than a garment. You put on nice clothes, no matter how poor you are or where you come from, and you go down town and dress just like them.”

In 1982, he launched his first business, “Dapper Dan’s Ladies & Gentlemen Boutique,” by selling shoplifted items out of his car.

Anyone who has seen Dapper Dan would agree that, even at 75 years old, he is still dapper. His distinctive crisp, bright, yet clean and stylish suits are frequently seen on him. Dapper Dan understands the value of appearance and the advantages it provides in life.

Dapper Dan drew inspiration from his adversity as a youngster and the milieu in which he grew up.

Dapper Dan remembers using his image for always looking the part from the age of 25 in a 2014 interview with Dazed magazine. He stated that “If people didn’t like the way I dressed, I wouldn’t have had the attention or credibility. I grew up in a poor area in East Harlem—I can’t think of any of my friends who didn’t have holes in their shoes at any given time – so we were always attracted to clothes. That was the catalyst to make me want to be really sharp.” 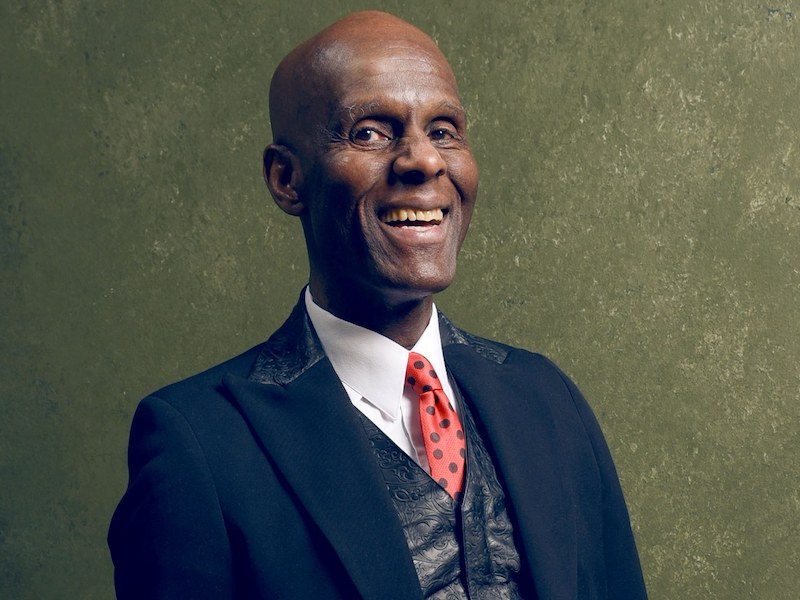 Originally, Dapper Dan was known for his showy and colossal fur coats. Fur jackets, however, were only used in the winter, so he switched to leather, suede, and lighter fabrics. He also wanted to make premium labels more accessible to ‘ordinary people,’ so he taught himself how to print luxury trademark patterns on clothing. He was able to construct lavish costumes using patterns from Louis Vuitton, Gucci, and other high-end companies.

In the early 1980s, Dapper Dan started his first business. This was the period and age of the United States’ crack epidemic, which led in a rise in violence and crime in inner cities. Hip-hop music was also starting to gain popularity around this period. Dapper Dan’s clientele and market were born from the confluence of these two variables.

His early customers were hustlers and street people, the most renowned of whom was Alpo Martinez, a Harlem drug dealer who rose to fame in the 1980s.

HOW DID DAPPER DAN GET HIS RECOGNITION?

When Dapper Dan entered the realm of hip-hop fashion in 1985, he became more well-known. He rose to prominence as the stylist for LL Cool J, a young hip-hop singer who notably donned a custom-made Gucci bomber jacket designed exclusively for him by Dapper Dan.

Other hip-hop musicians followed suit, with Dapper Dan styling and dressing them all. Salt-N-Pepa, Bobby Brown, and The Fat Boys are among them.

Popular athletes like Mike Tyson and Floyd Mayweather were among his clients.

Unfortunately, Dapper Dan’s days of riding-on-luxury-brand-success would finally come to an end because to Mike Tyson.

If it hadn’t been for Mike Tyson, Dapper Dan may have had additional days of unauthorized logo usage. Mike Tyson was involved in a late-night street battle with long-time opponent Mitch “Blood” Green in 1988.

ARE DAPPER DAN AND HIS WIFE MARRIED? DAPPER DAN’S WIFE: WHO IS SHE?

June Francis has been married to Dapper Dan for 51 years. June Francis appears to be a very quiet person, and despite her 50-year marriage to Dapper Dan, she rarely appears in public or in the media.

June Francis made a rare public appearance in 2019 when the whole Dapper Dan family was featured in W Magazine’s 2019 ‘Friends and Family’ issue. Only two of Dapper Dan’s eight offspring are married to June Francis, according to this report.

DO YOU KNOW IF DAPPER DAN HAS ANY KIDS?

Is Dapper Dan the father of any children? He certainly does. Dapper Dan said in a W Magazine piece that he fathered eight children with seven different women. June Francis, his wife of 51 years, is with two of them.

DAPPER DAN IS HOW OLD?

Dapper Dan was born on August 8, 1944, making him 75 years old at the time of this writing. He was born under the sign of Leo, the lion.

WHAT IS THE REAL NAME OF DAPPER DAN?

Daniel Day was the father of Dapper Dan. Since he was a teenager, he has been known as Dapper Dan. 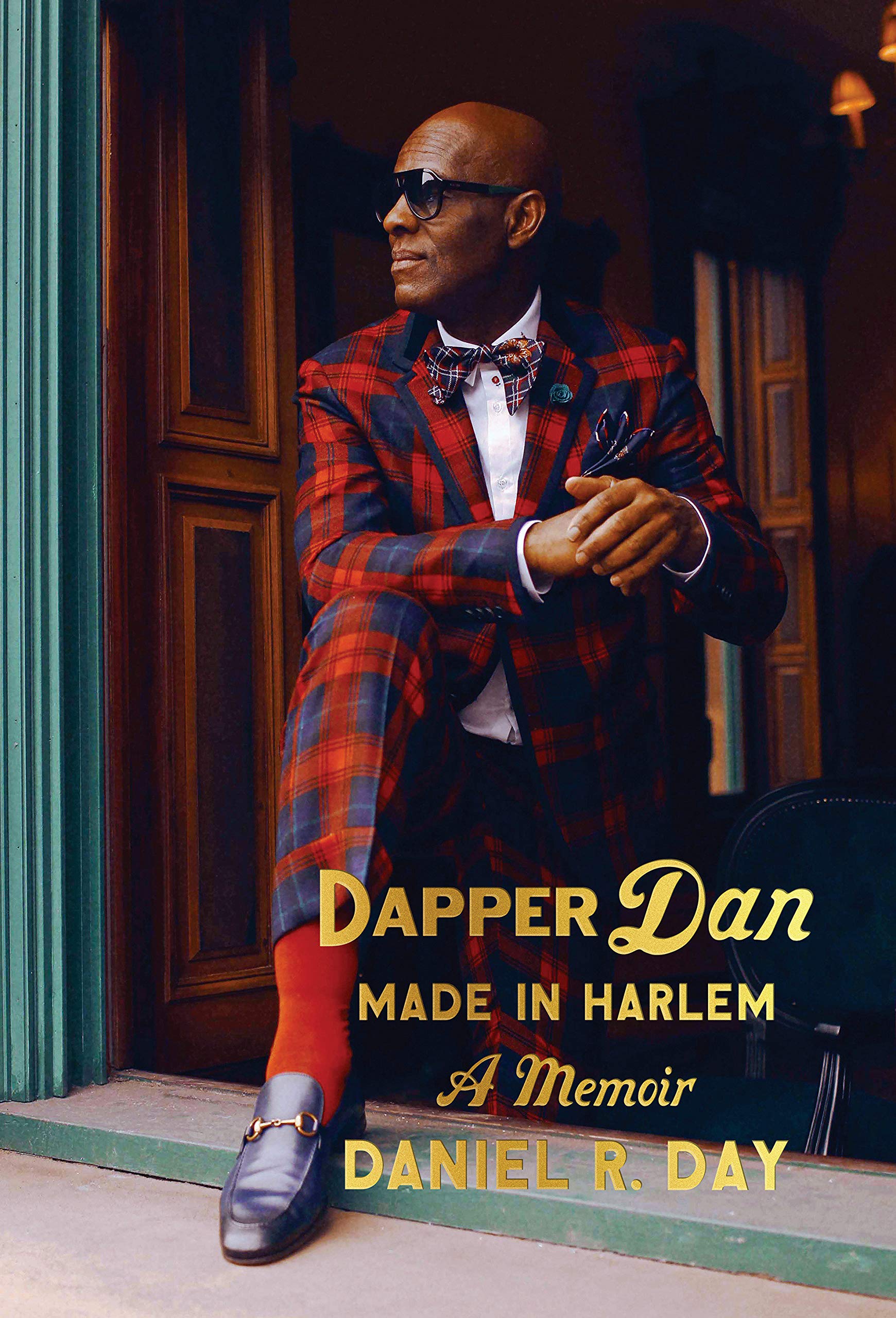 Under the pseudonym Daniel Day, Dapper Dan published his biography “Made in Harlem” in 2019. The memoir has received a lot of positive feedback and has a 90% five-star rating on Amazon. It scored 4.36 out of 5 stars on GoodReads.

The New York Times praises the book, saying, “…Detailed descriptions of his family’s tragic journey through poverty, the changing nature of his beloved and cursed neighbourhood, and his adventures as a hustler are riveting.”

Is there a movie on Dapper Dan? Dapper Dan has participated in various TV episodes and documentaries, according to his IMDB biography.

Project Runway, Conan, The Daily Show with Trevor Noah, and American Style are just a few of the shows he’s guested on.

Though he has mostly appeared on talk programs, documentaries, and reality shows on television, he was recently featured in Netflix’s Luke Cage series. Luke Cate is a Netflix original series about a Harlem-based superhero. Dapper Dan made an appearance as himself, describing himself as “no ordinary tailor: “A tailor? That ain’t no tailor, that’s Dapper Dan himself.” 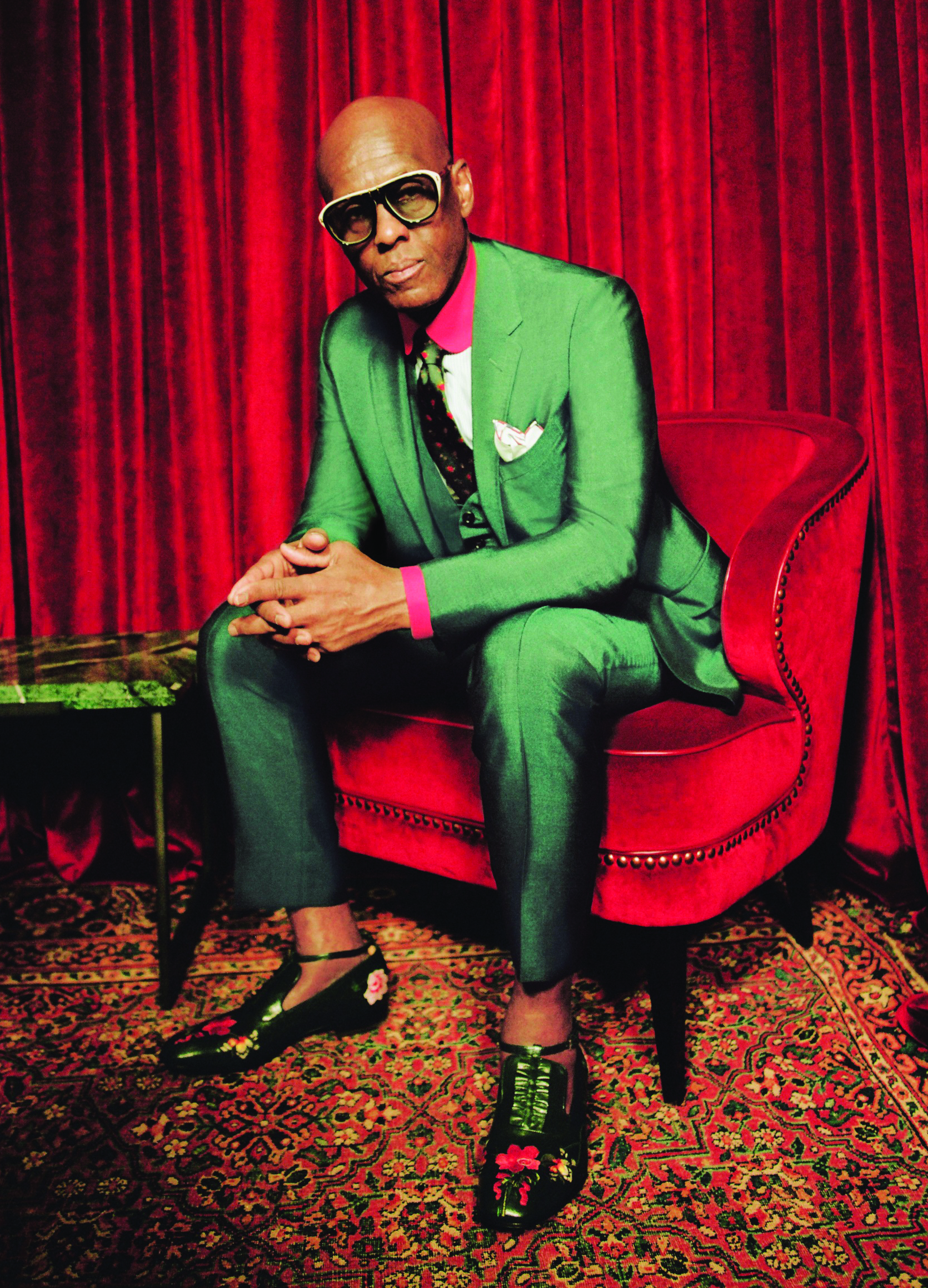 Since he opened his store, “Dapper Dan’s Boutique” was shut down in 1992, Dapper Dan remained quiet and continued to work “underground” as a designer and catered to private clients.

Until 2017, that is. Alessandro Michele, Gucci’s creative director, made a jacket based on a design by Dapper Dan, who used the Gucci trademark in 1989.

Many people pressed Gucci to pay honor to Dapper Dan after seeing this on social media.

Whether Gucci succumbed to societal pressure or it was merely a PR gimmick (as some speculate), the Italian luxury company has now collaborated with Dapper Dan to create a line.

It’s described by Gucci as a “collection of ready-to-wear accessories that takes its cue from the Dapper Dan archive created with the House’s refined materials.”

In 2018, Dapper Dan inaugurated “Dapper Dan of Harlem” on Lenox Avenue in collaboration with Gucci. This is Harlem’s first high-end clothes boutique.

Dapper Dan illustrates that a second opportunity at success is never too late, even if it takes 25 years.

As of April 2020, Dapper Dan’s net worth is believed to be $2 million. It’s worth mentioning that Dapper Dan only recently resurrected his career when he teamed with Gucci in 2017.